Join us on October 2nd, for an exceptional experience with some of the most innovative voices in the nonprofit sector. This is not just another conference – this is YOUR conference! This flagship event of the Alliance is recognized each year, as THE statewide conference by and for nonprofits.

We are thrilled to welcome Keynote Speaker, Maryum “May May” Ali! Ms. Ali is a social worker, activist and author, with a strong connection to our theme: “Power During Challenging Times.” The day will also feature a Candidate’s Forum, for gubernatorial candidates on the general election ballot. Morning and afternoon breakout sessions are designed to strengthen the leadership, management and adaptive capacities of nonprofits large and small – from those who are just starting out to longstanding organizations. You won’t want to miss this exceptional opportunity! Click here for additional information. 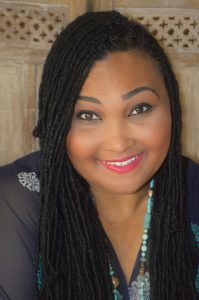 The Alliance is thrilled to welcome Maryum “May May” Ali as our Keynote Speaker to the 2018 Annual Nonprofit Conference.

Maryum Ali, affectionately known as May May, was born and raised in Chicago, Illinois and is the eldest child of boxing legend Muhammad Ali’s nine children. As a little girl, her father asked her what she thought her purpose in life was and she replied, “I want to help people.” Maryum’s efforts to help people have manifested in a myriad of ways throughout her life.

She performed as a stand-up comedian for twelve years in venues across the country filling rooms with humor and insightful observations of social issues. As a regular performer at The Comedy Store in Hollywood, she worked alongside talents such as Jim Carey, Chris Rock, and Martin Lawrence. During that same time, she was also writing rap lyrics with plans of publishing her music.

Maryum has 15 years of experience in delinquency prevention and family development and has worked in many capacities in this field; from having direct practice experience with over 300 families to working as a Regional Manager for the Mayor’s Office of Gang Reduction & Youth Development in the City of Los Angeles. She is currently seeking private funding for the non-profit organization, DMTL, a gang prevention and youth development program that she co-founded with Nason Buchanan.

Maryum is the author of a children’s picture book about her father titled, I Shook Up the World: The Incredible Life of Muhammad Ali. She is also a spokesperson for Team Parkinson and The Parkinson’s Unity Walk. Over the years, Maryum has appeared on television networks such as, CNN, MSNBC, ABC, NBC, ESPN, BBC, AL Jazeera, BBC, FOX, BET, Centric, Lifetime, and the Hallmark Channel.

More recently, A&E Network heard Maryum’s gang prevention work in Los Angeles and invited her to participate in their new docuseries, 60 Days In that premiered in March 2016. On this show, Maryum served 60 days in an Indiana jail as an undercover inmate with the mission of giving the County Sheriff recommendations on ways to reform the jail.

The Alliance is proud that the morning plenary session of our Annual Conference will feature a forum for gubernatorial candidates on the general election ballot. Candidates will get equal time to answer questions from the moderator and from the audience. Conference attendees will each receive a copy of the answers to The Alliance’s candidate questionnaire, which asks the candidates to state their positions on issues important to community nonprofits.

The forum will run from approximately 9:15 a.m. to 10:45 a.m. in the main ballroom. For more information about the forum, please contact Jeff Shaw, Director of Public Policy & Advocacy at 860.525.5080 x1027 or jshaw@ctnonprofitalliance.org. Note: Members of the press do not need to register for the Conference to attend.