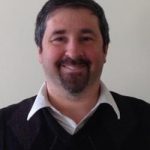 BACKGROUND: The Alliance represents community nonprofits across Connecticut that serve over 500,000 people, employ 198,000 and spend $29 billion annually in Connecticut’s economy. Nonprofits contribute to our state’s communities, economy and quality of life; they support the developmentally disabled, feed the hungry, provide behavioral health and substance abuse treatment, and help prisoners re-enter their communities. Nonprofits also enrich the state through art and culture — providing visual arts and performances and preserving our state’s historical landmarks.

QUESTION: What has been your experience with nonprofits in your community?

My feet-on-the-ground experience started when I was 24, at the Connecticut Citizen Acton Group in Hartford. There I was an evening phone caller, acquainting people with issues about environmental despoliation, homeless shelters, recycling, and waste-to-energy conversions. Back then (1988) people answered things called “land lines”, so we could have good conversations, and I could be attuned to people’s needs and wants.

My experience since then has been occasional phone-banking with groups to which I belong my three schools – and lately with the Hartford Food Pantry each Christmas.

My peripheral experience is as a small donor to various charities, local, state and national) and as a participant is an occasional event. I hope to as Governor-Elect raise a LOT of money from people who egg me on in my second Manchester Road Race, where I have resolved to beat last year’s time incrementally and raise money exponentially.

My plan for Non-Profits is extraordinary. It literally deserves a second and third look, because it revolutionizes who non-profits get funded.

BACKGROUND: Community services for people in need are funded by state government through contracts, grants, and the Medicaid. At least half of the state budget comprises “fixed costs” that the state must pay – for example, post-employment obligations and bonded indebtedness. The “fixed” portion of the budget increases each year. Cuts in the portion of the budget that remains have caused significant reductions in funding for nonprofits and harm to the people they serve. When faced with cuts, nonprofits cannot raise taxes or prices, forcing them to cut services, lay-off employees or close programs. This is a model that cannot sustain itself – and it puts Connecticut’s quality of life at risk. The Alliance has argued that nonprofit services should be treated as if they are “fixed costs.”

QUESTION: If elected, how will you prioritize providing services to Connecticut’s most vulnerable residents? In the face of budget constraints, what changes will you fight for to ensure adequate funding for these services?

In terms of “most vulnerable residents” you have phrased the question VERY well. Thank you. More leaders, especially those in my Democrat Party, need to identify the truly vulnerable from the capable. That is a distinction government does not do very well. The result gives the party a bad name, and it creates ire among taxpayers who see some of their money wasted on people who are not vulnerable and not deserving.

How many these are is hard to tell. Taxpayers see money going to well-off people who take advantage of programs they don’t need. They see programs MADE FOR well-off people that use our heartstrings to exact money. They know that scammers take advantage of programs, leaving less for people the program was intended to help. And they see some programs that shouldn’t be implemented in the first place, because there are perverse incentives that cause dependence on the government and exacerbate bad child care.

The result: Funds for the most vulnerable are diluted. And worse, less funds are authorized because of the perception that they are wasteful, actively harmful, or both.

The solution for these times of fiscal tightness and mistrust of state agencies is greater privatization. This will ostensibly sound tight-fisted, but it’s actually the solution that opens the spigot MORE to deserving people.

This last one is not a platitude. “Oneness works”. Church members give amply to members they don’t know. Because these needy people are fellow members, the donors trust their church aid officials to distribute their funds well. Secular homeless shelters get ample donations because they show fellow members of the community that they do good work each month in their very community.

The truly best groups for carrying out mutual aid are those that instill a one-ness. That used to be local Unions, where “Local 849” had work-days to help a needy member, and fundraisers that exceeded their goals. “Oneness” still has remnants in VFWs, but those are dying. The most vibrant that i can identify is the Mormon Church. Its adherents instill a sense of God and a sense of community so well that members know that choosing to be wayward is an offense to God, and an offense to everyone. This is probably the reason that among LDS members there is virtually no alcoholism or harmful drug use. LDS members have the lowest crime rates (by far) and have been measured as having the second highest life expectancies.

As governor, i want to return us to private directives FIRST AND FOREMOST, with state aid as a deep back-up. I have already surveyed enough people who pledge to put MORE THAN 100% of their tax refund into new charities. They trust the servicing agencies far more than they trust the state. Their impulses to do good don’t get diluted when their giving is direct or to a private (non-state) intermediary. The result of mostly-private funding is that with state managers as incisive, surgical back-up, deserving groups get funded better.

I support non-profit tax exemptions. Non-profits tend to be lean, and their work is typically carried out with zeal, two things that don’t characterize state organizations. Without non-profits, more and more defaults to state bureaucracy, which can do little right. I don’t want to entrust good services to the state labyrinth. As long as there are income taxes, there should be tax-exempt status for qualified non-profits.

Now, non-profits should plan for a state that returns to zero income taxes. They are among the least moral and least efficient ways of gaining revenue. If I am elected, the state personal income tax will be gone after three years, and there’s a decent chance we extricate from the unconstitutional portions of the Federal Income Tax. Lower taxes become a huge boon to good non-profits. People with more money in their bank accounts spend a larger chunk of it. People with more money and MORE APPRECIATION (see above) devote a still-larger chunk to causes they know help the truly needy. “There but for the Grace of others go I” is still a mantra taught in catechism, in some schools, and in most intact families.

As your own questionnaire points out – the current model of unreliable state funding is not sustainable. We must change. I’ll go further on the upcoming perils for non-profits: April 2019 tax returns will likely show residents giving less because of the reduced Federal Tax deduction. By the presidential campaign of 2020, Tax-exempt status could be an issue.

So there is no “fight” needed. Direct funding means people will give with no intermediary. And my tax cut (30% the first year, means people have more money TO give. I can almost ensure sustained giving: the larger tax cut (34% in Year Two) is only available to individuals who have given substantially more to new charities in Year One. Ditto for year three: the stingy family who doesn’t give substantially in years One and Two doesn’t see the 36% tax cut in year Three.

Now, the state has a “thumb” on the scale for the first two years. Non-profits that suddenly see a dramatic drop because the public does not yet recognize their goodness can have a quick petition process, before a small board, to receive 90% of last year’s funds if not nearly enough comes via private giving.

BACKGROUND: Even though community nonprofits deliver more than 90% of residential services to people with Intellectual/Developmental Disabilities (I/DD) and 60% of clients served by Local Mental Health Authorities in Connecticut, the State continues to operate some of these services itself, with state-operated facilities staffed by state employees. The State and nonprofits provide the same services, but nonprofits do so at half of the cost. For example, the average annual cost to serve an individual with I/DD living in a state-operated group home is $265,000. The cost for a community nonprofit to provide the same service is just $113,000. This means that government funding can serve more people if those services are provided by nonprofits.

QUESTION: If elected, would you support converting more state-operated services to the nonprofit sector? If not, how would you ensure that state funding is able to help more people?

As for conversion of services to the non-profit sector, I absolutely support it. Let the state do only the necessary functions it does best, and free it from managing (and mangling) so many other functions. Once the state’s “smorgasbord” is revealed we will draw in national money. The Bill & Melinda Gates Foundation alone has more assets than all of Connecticut’s public coffers; expect them to bring major $ to Connecticut.

My plans take the organic wishes of 3.6 million people and meld them into offerings. A smorgasbord of non-profit offerings, readily visible and “in your face”. Temporarily, there is a state-prod, to make visiting the smorgasbord habitual. There is a monetary prod too, that those who don’t give substantially in year One don’t get a tax cut in year Two.

Again, the state is the worst (or second words, after the Feds) to rely upon. The state is a BAD extension of our charitable impulses and a horrible re-worker of the money we all donate unwillingly via taxes. Private agencies, and state-originated web sites (an Indie-go-Go for Connecticut) will channel better and bring in MORE for good non-profit services.

strong>BACKGROUND: The nonprofit arts and culture community enhances Connecticut’s quality of life. The arts make our communities better places to live and work – they create jobs, generate revenue, and are key considerations when families and businesses are thinking of locating in our state. A recent study found that Connecticut’s nonprofit arts and culture sector generates $797 million in annual economic activity for the state, supporting over 23,000 jobs and generating $72 million in local and state tax revenue.

QUESTION: How do your plans to grow Connecticut’s economy include our arts and cultural offerings?

I think of supporting good performances, good artistry, and good artistic schools as akin to supporting tourism: when they flourish, the whole state gains more than the cost. Now, whether the state should be the supporter, or merely a conduit to private support, or should remove itself in favor of exclusively private support is a question for the General Assembly to decide.

The purest form of support is an aroused public, with ample money to spend. I am fervent about Connecticut residents creating WEALTH. I am an unabashed capitalist. Capitalism supports all good philanthropies better than the state ever can. Capitalism lets new movements flourish and makes older movements better. Capitalism has supported all other charities for 3000 years.

The state has usurped many functions that previously were done by non-profits. It would be more healthful to return support to the people who know there is a need, and who will fund the needs amply. I know of nine local charities to which I will give more (120% more) if any when a General Assembly reduces my income taxes. I know I am not alone (my campaign has actually done a small survey). CT Non-profits will flourish when we lessen their reliance on government. From this near-crisis we have a great opportunity.