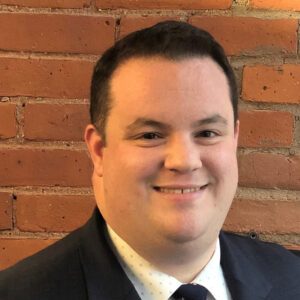 Ben joined The Alliance in 2015. He is a veteran of politics and the nonprofit sector. He specializes in legislative and federal policy and advocacy, adult behavioral health and intellectual/developmental disabilities. Before The Alliance, Ben worked for the Connecticut House Democratic Caucus, Congressman Joe Courtney’s re-election campaign, the United Way of Central and Northeastern Connecticut and the Partnership for Strong Communities.

Ben is also the Deputy Mayor of Mansfield, CT, where he has served as an elected official since 2013. He is a graduate of the University of Connecticut.