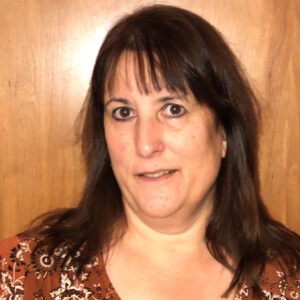 Dorena Wasik joined The Alliance in 2011 with its predecessor CCPA as the Finance Director for the organization, as well as overseeing the accounting functions for the Preferred Purchasing area. She has established policy and procedures for both areas, including a scanning policy which improved the record keeping and eliminated file cabinets and storage boxes.
Dorena graduated from Smith College in Northampton, Massachusetts with a bachelor’s degree in Economics and French Studies. She completed her MBA at the University of New Haven in West Haven, Connecticut. Before coming to The Alliance, she worked in both external and internal audit as well as general accounting in both the manufacturing and trucking industries. She has extensive experience is setting up accounting policy and procedures.
Outside of the office, Dorena, a second generation American, is well known in the New Britain, Connecticut Polish community. She is involved with several Polish-American organizations, including volunteer director for the Polish American Foundation’s Polish Language School for Adults. She also contributes articles about local Polish American events and Polish genealogy to the New Britain Herald, Polish American Journal and Pathways and Passages. She recently completed her first book, “From Chudek to America,” a bilingual study of the villagers of Chudek who immigrated to the United States in the early 1900’s.